A 'verbatim' is what we call a single unit of freeform text communication; such as an email, a survey response, a note, or a chat or phone call transcript. Verbatims are grouped together in sources.

Below are a few examples of different verbatim types and how these are presented in the Explore page of the Re:infer user interface.

An example margin call dispute email from a bank in the Re:infer platform

A survey response in the Re:infer platform

Every verbatim has associated metadata that consists of structured data points that provide additional information about the communication or conversation and its participants.

All verbatims are required to have an associated timestamp — which typically corresponds to the time at which that verbatim was originally created.

In addition to timestamps, Re:infer typically stores additional metadata associated with each verbatim. Typical examples of metadata fields are: 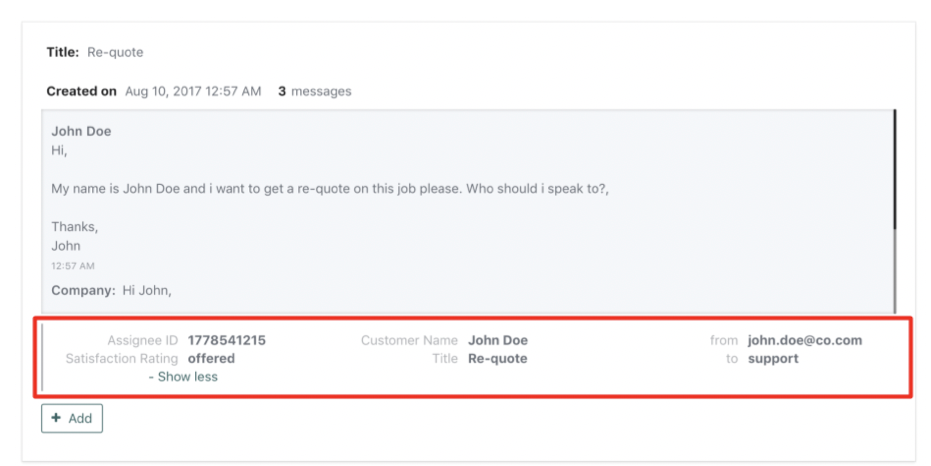 An example of client specific metadata associated with a Verbatim

Some datasets may contain verbatims with PII (personally identifiable information) in their metadata (e.g. `userId`), these fields can be marked as sensitive. By marking these fields as sensitive to view this metadata requires enhanced user permissions.

Having rich verbatim metadata allows users greater ability to train and analyse their data within the platform, as users can filter by metadata fields within both Explore and Reports.

Did you find it helpful? Yes No

Send feedback
Sorry we couldn't be helpful. Help us improve this article with your feedback.